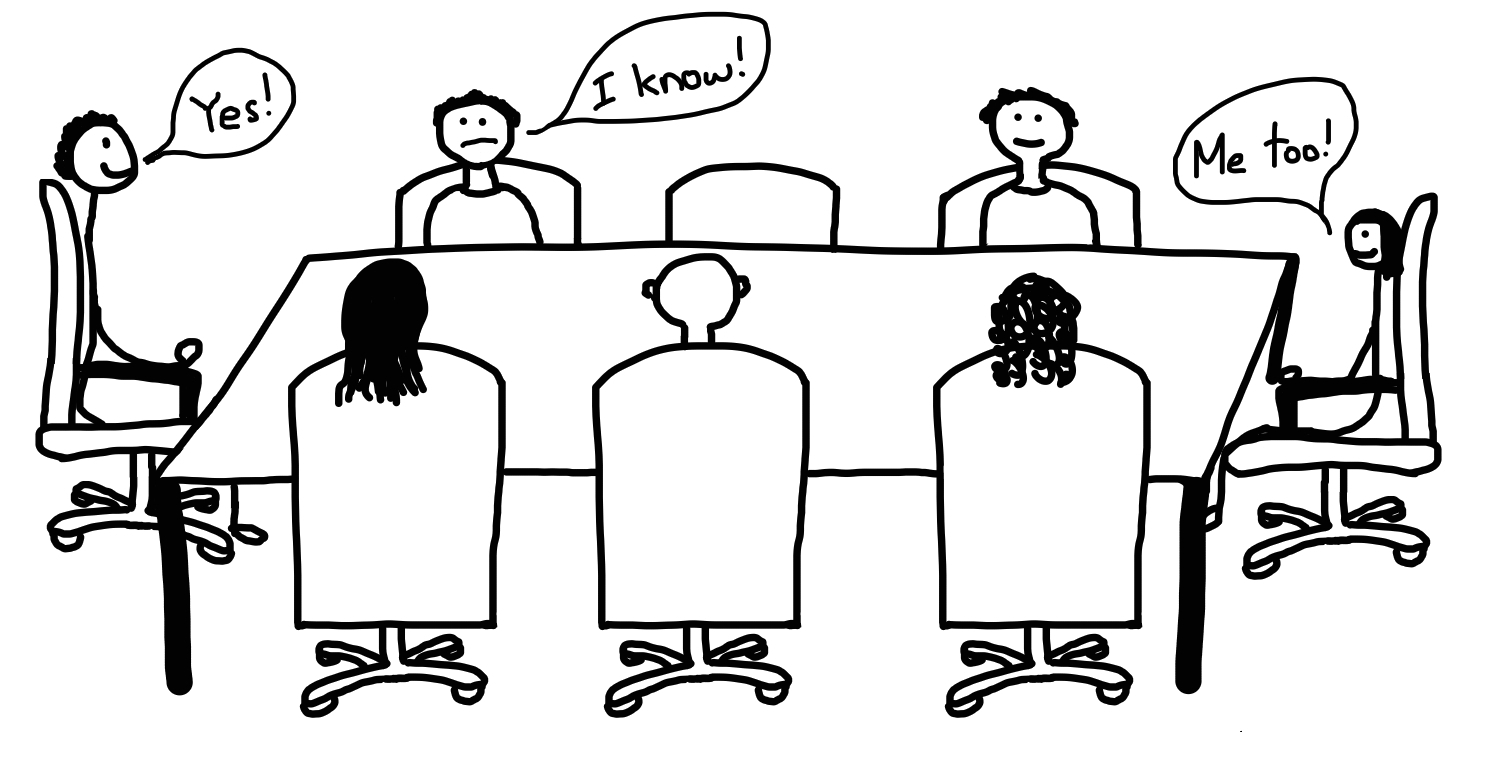 When I returned to Winnipeg in the late fall of 2019, I started attending a support group at the Mood Disorders Association of Manitoba (MDAM).

I attended a mixed support group weekly for three months and found it very helpful. When I started attending, I didn’t have much energy and I didn’t feel very talkative, but I knew that was okay. It was nice to go to this group where I knew people would understand. I didn’t put pressure on myself to be bubbly or super sociable. I benefited from talking about my experience, hearing that I wasn’t alone and that others were going through similar things, and seeing some of the same people each week.

Some of the best moments in my group were when people understood something I said right away without me needing to explain it. I had to deal with insurance forms for my workplace’s benefit programs, which was a stressful process. At my support group, as soon as I mentioned insurance, a bunch of people groaned and shook their heads. I didn’t have to explain that it was stressful. They knew!

Along with this support in my struggles, my group also celebrated my progress. One week, I told my group that I had showered eight days in a row. They actually clapped and cheered for me! Again, they reacted as soon as I mentioned it. I didn’t have to explain that I was exhausted and that it was difficult even to shower or make a sandwich, so sometimes I didn’t bother. I didn’t have to say that when I did shower, I sometimes sat down in the tub because standing was too tiring. I didn’t need to provide this context for why showering for a whole week and a day was worth mentioning. They knew! It made me so happy that they clapped and cheered for that! I still have a big smile as I’m thinking about this now.

Group members didn’t all have the same experiences, struggles, coping strategies, support systems, etc. One person in my group chuckled about how the rest of us were so excited about my showering accomplishment. He said he was the opposite and it would bother him not to shower every day. Some people talked about dealing with things that others in the group hadn’t gone through, such as paranoia, manic phases, hospitalization, drug addiction, the legal system, difficult relationships, etc. I was able to talk about church as it related to my situation and recovery even though group members had various beliefs and experiences with faith.

The particulars of everyone’s story were different, but the commonality of a mood disorder and some of the accompanying struggles, along with knowing the purpose of the group was to support each other, made for a place where I found that support and understanding. Attending a peer support group was something that worked for me. Having that place to talk and be understood was valuable to me.

Thank you for sharing this valuable information about the support groups available to anyone struggling with a mood disorder. And thank you for sharing your positive experience attending a support group. I know that just the thought of being vulnerable and talking to others can be really scary, so it takes a lot of courage to even show up at a meeting whether you talk or not. So it is really helpful for you to share how validating and healing it is to join with people who understand. People need people. Having the love and support of family and friends is vital, but connecting with others who really get it brings an entirely new and needed dimension to the recovery process. I hope that by sharing your experience with a peer support group here, someone will be encouraged to act as bravely as you did in finding and joining a safe, supportive, healing community. I am proud of you!